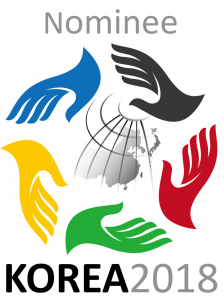 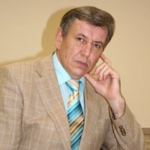 About Slavic Legal Center: The Law Office “Slavic Legal Center” provides legal assistance and litigation related to the protection of the rights of citizens and legal entities. Currently, the Law Office renders the following types of services: Legal assistance in cases involving violations of the rights of citizens, including freedom of conscience and religion. Representation in civil courts. Protection in criminal cases. Registration of non-profit, public and religious organizations. Drafting and legal expertise of civil law contracts. Consultations on copyright and related rights. Registration of trademarks. Legal support of real estate transactions. Legal assistance to foreign citizens staying on the territory of the Russian Federation. Consultations on tax legislation. Protection of honor, dignity and business reputation.

Vladimir Ryakhovskiy founded the Slavic Centre for Law and Justice and assists people and religious organizations protect their constitutional rights and freedoms as well as to provide legal advice to individuals and non-profit organizations. They have numerous victories in courts throughout Russia, including the Supreme Court of Russia and the Supreme Commercial Court of Russia.

The Nominee founded The Slavic Centre for Law and Justice that in 1993 with the mission to assist people and religious organizations in the protection of their constitutional rights and freedoms as well as to provide legal advice to individuals and non-profit organizations.The Centre unites highly qualified lawyers with extensive experience in the area of civil rights and state-church relations. They have boasted numerous victories in courts throughout the country’, including the Supreme Court of Russia and the Supreme Commercial Court of Russia. SCLJ has also successfully taken cases to the Constitutional Court of Russia and to the European Court of Human Rights in Strasbourg, France.