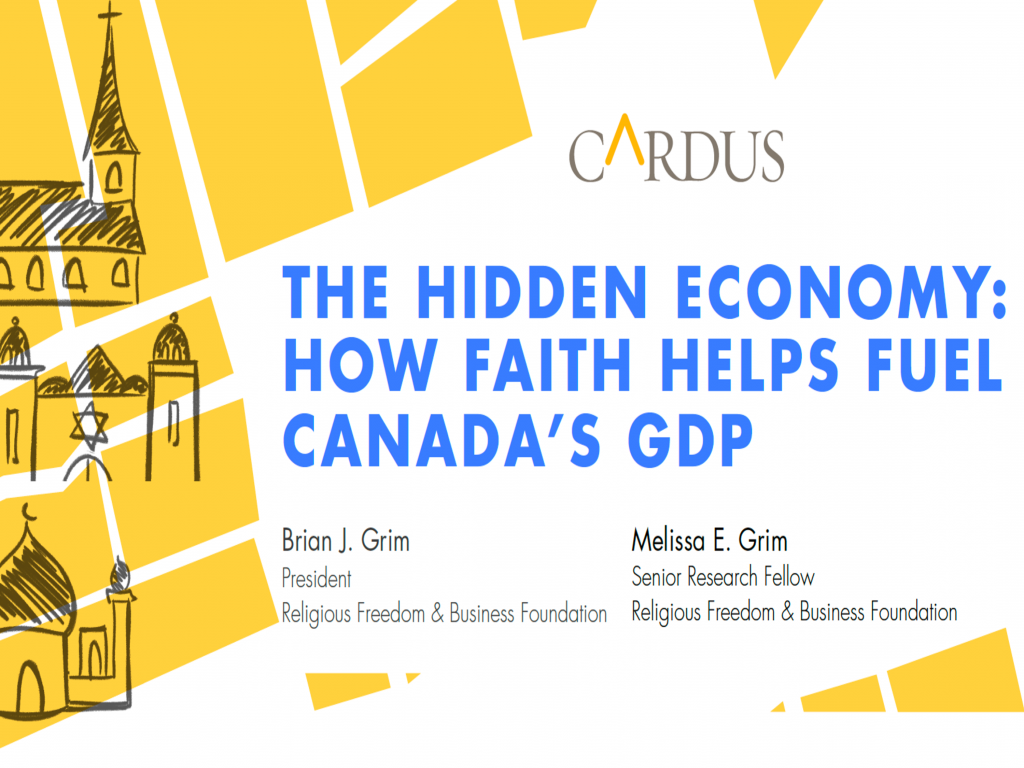 ANNAPOLIS, USA and OTTAWA, CANADA – Amid pandemic-related job loss and economic worries, new research suggests there is a sector of Canadian society that plays an important, but often unrecognized, economic role: religion. The Hidden Economy: How Faith Helps Fuel Canada’s GDP, a new report from think tank Cardus, finds that religion’s annual contribution to Canadian society is worth an estimated $67.5 billion. That’s large enough to be the ninth biggest enterprise in the country – ahead of the Bank of Montreal.

The $67.5 billion figure is the mid-range estimate in The Hidden Economy: How Faith Helps Fuel Canada’s GDP. More than half of the $67.5 billion figure comes from the activities of tens of thousands of religious congregations (churches, temples, mosques, and synagogues) in Canada. Nationwide, they have a $35-billion “halo effect” – the value congregations provide to their surrounding communities.

The study was carried out by the veteran father-daughter research team, Brian J. Grim, Ph.D., and Melissa E. Grim, JD. 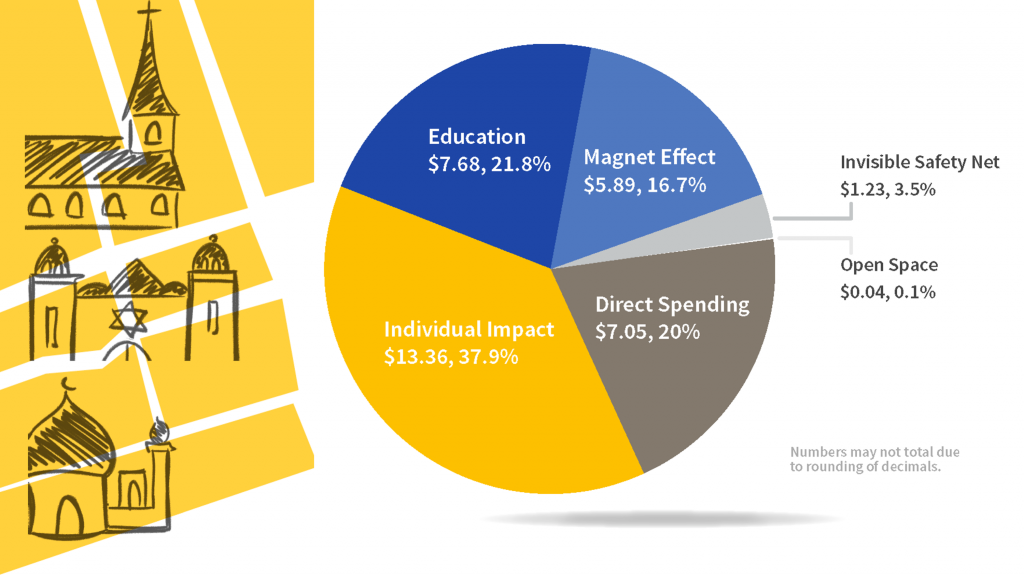 The halo effect of religious congregations is a well-studied phenomenon. For more information on the halo effect in Canada, including municipality-specific calculations, please visit haloproject.ca. Also see related research on the United States here. 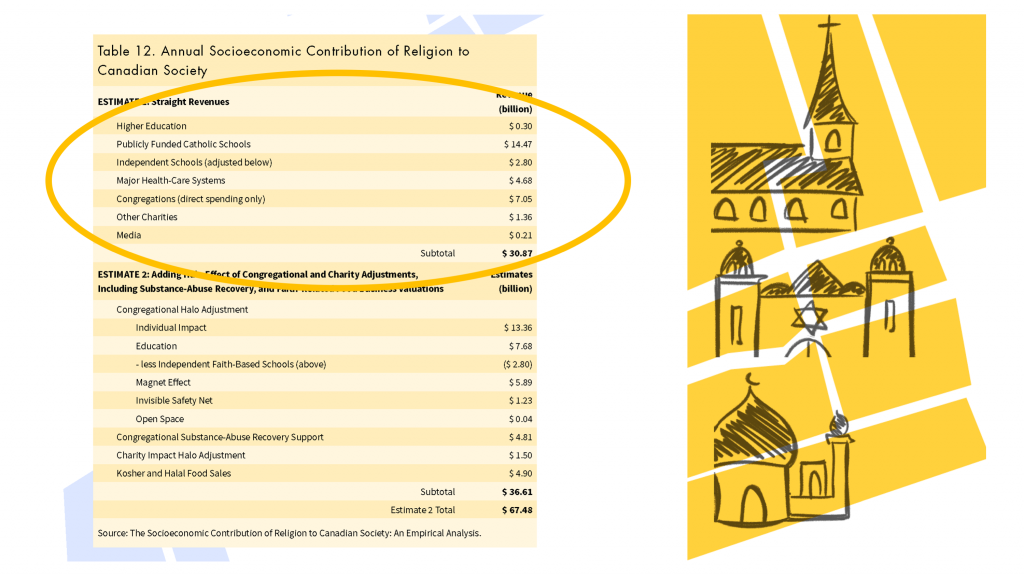 “Religion is an active force in the public, professional, and private lives of many Canadians and contributes to the common good of all, including those who are not religious,” said Brian Dijkema, vice president of external relations at Cardus. “If religious activity is hindered—through zoning, regulation, taxation, or even intolerance—there are massive economic spill-over effects that negatively affect Canadians as a whole. We all benefit economically when religious life thrives.”

About Cardus
Cardus is a non-partisan, faith-based think tank and registered charity dedicated to promoting a flourishing society through independent research, robust public dialogue, and thought-provoking commentary. To learn more, visit their website, follow them on Twitter, and like them on Facebook.