A new 5-year international research programme (2018-2022) was kicked off at the Academy of Religion of Minzu (Minorities) University in Beijing on 31 May, with two dozen Chinese and International scholars giving expert input. It aims to normalize the topic of religion by showing the socio-economic impact of religion in the 63 member countries of China’s ambitious Belt & Road global economic initiative. 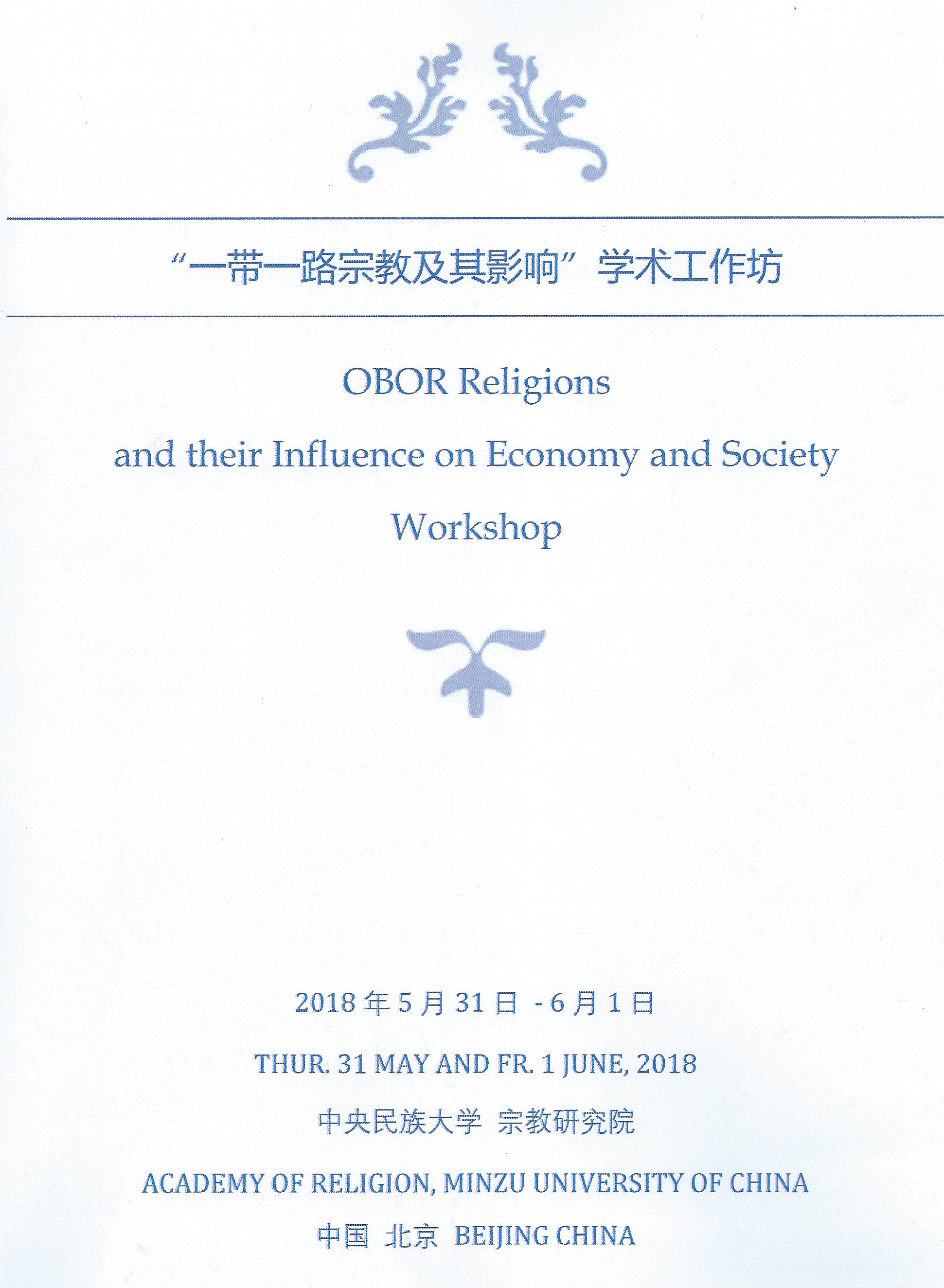 Religions play an important role in the countries of China’s “One Belt One Road” (OBOR) initiative, also known as the Belt & Road initiative or Silk Road initiative. OBOR unites over 63 countries from Indonesia — to East, South and Central Asia — to the Middle East — to Europe and — to East Africa. All world religions (Christianity, Islam, Buddhism, Taoism, Hinduism, Judaism, etc.) and many minority religions are present and influence in different ways business, economic, social and public life.

25 scholars from China, Lebanon, Ethiopia, the United States and Switzerland came together in order to define and launch the program. The scholars represented many disciplines including social science, minority studies, sociology of religions, economy, business ethics, theology.

The five-year international research program (2018-2022) has three goals: (1) research the contribution of religions for sustainable, harmonious and peaceful economic relations between OBOR countries; (2) increase knowledge, mutual respect and cooperation through research and dialogue; and (3) inform governments, business and media in China and in OBOR countries about the impact of religion on OBOR’s success. The project will cooperate with high quality researchers and academic institutions in OBOR countries and around the globe.

The conference was organized by the Academy of Religion at Minzu University in Beijing in cooperation with the Geneva Agape Foundation, an international Chinese initiative for international academic cooperation based in Geneva, Switzerland.